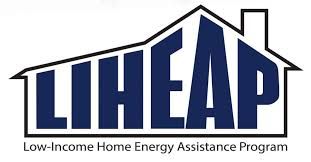 LIHEAP and Early Responses to COVID-19

This essay serves as an archive that documents changes to LIHEAP  due to the COVID19 pandemic. In addition to this tile, there are four content sections comprising this essay: a section reviewing the history of the LIHEAP program, a section that documents changes to LIHEAP funding due to COVID19 using twitter data, a section detailing state eligibility and flexibility for using LIHEAP funds during the  COVID19 pandemic, and a section that uses twitter data to document how states and organizations within these states have adapted their LIHEAP programs. This essay can be used by members of the EVP research team to provide foundational knowledge on the structure of LIHEAP and provides insight as to how this program transforms during crises.

The content of this essay was produced from daily twitter and web-based searches using the key terms "LIHEAP" and "COVID19". This essay should be updated on a weekly basis as the COVID19 pandemic progresses.

The path to LIHEAP 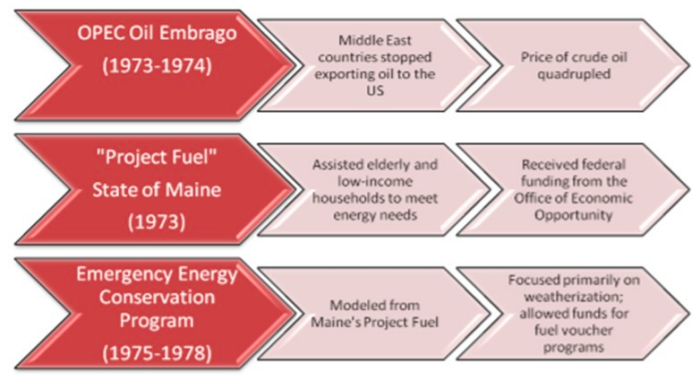 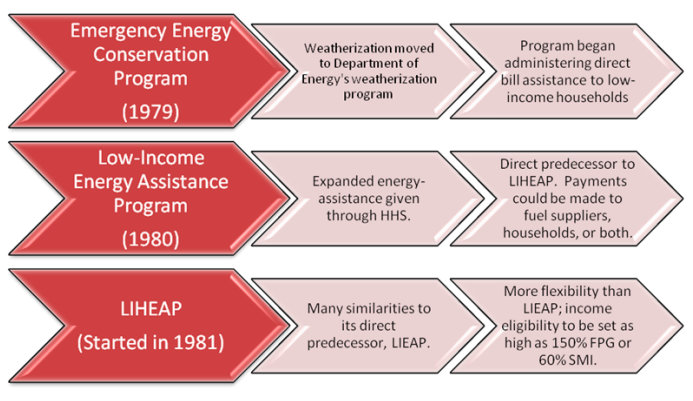 Federal funding for energy assistance began in 1973 during the OPEC Oil Embargo, where member states of the Organization of Arab Petroleum Exporting Countries ceased exporting petroleum to nations that supported Israel during the Yom-Kippur war, including the United States. During the embargo the crude oil price quadrupled in the United States, making it more onerous for vulnerable populations to meet their energy needs. In response to this increasing need, the first federal program for energy assistance titled the Emergency Energy Conservation Program (EECP) was launched, and provided funding to states for conservation and weatherization services which aided low-income households in meeting their energy needs. In 1979, the Department of Energy's Weatherization Assistance Program was established and took over the weatherization services that EECP provided, leading to EECP to shift their focus on providing direct energy bill-payment assistance to low-income households.

The cost of oil dramatically increased again in the late 1970's, leading to Congress appropriating $1.6 billion for energy assistance split between the Community Service Administration and the Department of Health and Human Services, and also creating a new federal block grant program titled the Low Income Energy Assistance Program (LIEAP) in 1980. The use of funds under the new appropriations and the LIEAP program expanded to include assistance for medically-necessary cooling costs and preventitive assistance so low-income households could avoid bill-payment emergencies.

In 1981, LIEAP was replaced by LIHEAP. LIHEAP is similarly a federal block grant program, but additionally allows grantees to use funds to create weatherization programming, cooling assistance programs that aren't based on medical needs, and allows grantees to set income eligibility levels as high as 150% of the federal poverty line or 60% of the state medium income. 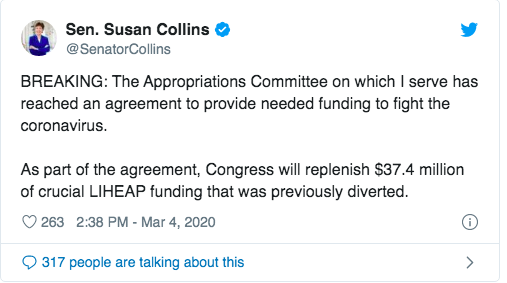 At the end of February, the Trump Administration diverted $37.4 million in FY2020 LIHEAP funds to partially offset the cost of a proposed $2.5 billion federal response to COVID19. Fortunately on March 4th, the House and Senate Appropriations Committees reached an agreement to provide funding to fight COVID19, and as a part of the agreement Congress replenished the $37.4 million of LIHEAP funding that was previously diverted. 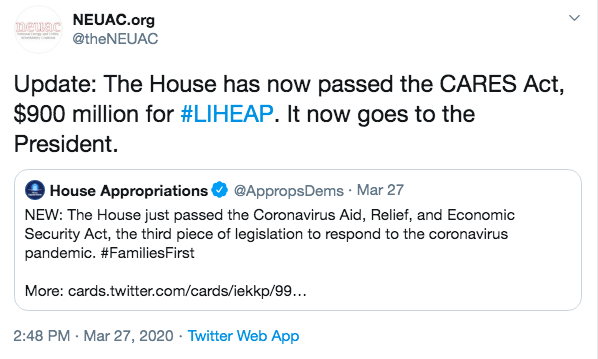 On March 25th, President Trump signed the Coronavirus Aid, Relief, and Economic Security (CARES) Act into law, which appropriated an additional $900 million for LIHEAP to remain available through September 30, 2021. On May 8th, CARES Act Supplemental Funds for LIHEAP were released to all 50 states, the District of Columbia, five U.S territories, and almost all Native American tribes and tribal organizations that are current LIHEAP grantees. During the COVID19 pandemic, grantees have flexibility to adjust procedures to allow for remote application intake and processing, and to shift eligibility and documentation requirements as long as they are within the bounds of federal statute limitations. 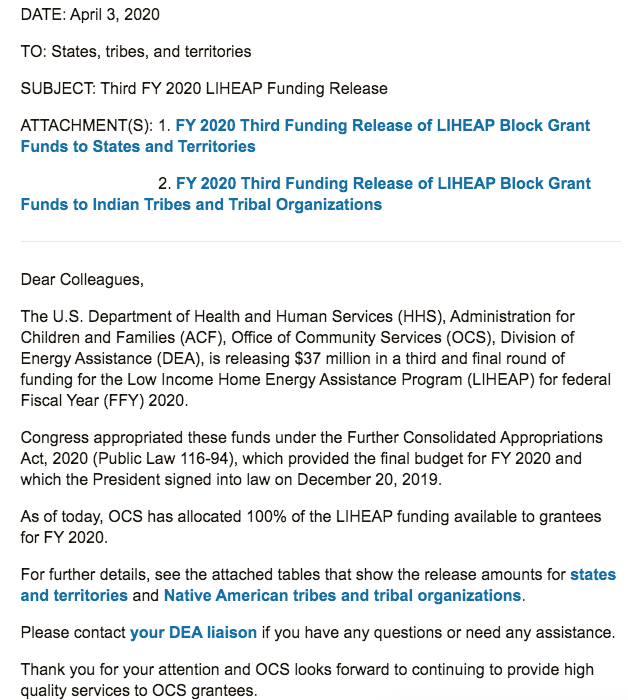 The restored $37.4 million was released by the Department of Health and Human Services (HHS) in a third and final round of scheduled LIHEAP funding for FY2020 on April 3rd. 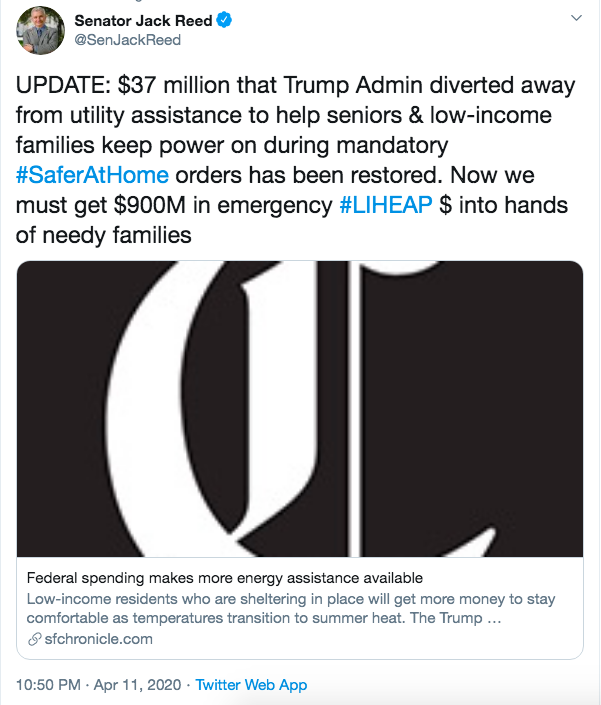 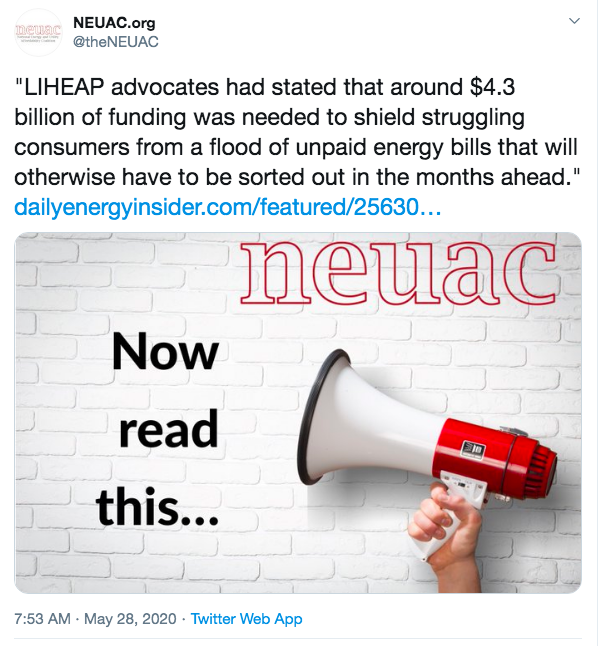 Proponents are advocating for $4.3 billion of federal funding for LIHEAP on account of the economic downturn that the nation faces due to COVID-19. They state that energy assistance should not only be given to low-income households that were eligible for LIHEAP prior to the pandemic, but to newly laid off workers and to the elderly and those with pre-existing health conditions who are required to shelter-in-place so that they can purchase air conditioning units. The HEROES Act, which is the second economic stimulus plan that has been passed by the U.S. House of Representatives and allots $1.5 billion in funding for LIHEAP, could create a surge of new LIHEAP enrollees since it would modify eligibility requirements to allow anyone who has been unemployed since the end of February to obtain benefits without requiring them to meet the income requirements that they would in an ordinary year. 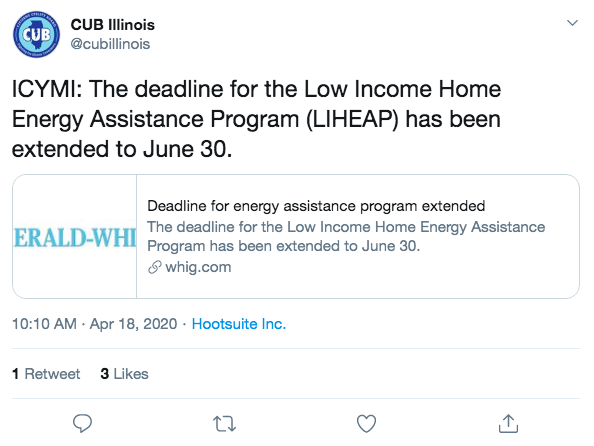 Illinois has extended their LIHEAP application deadline to June 30th. 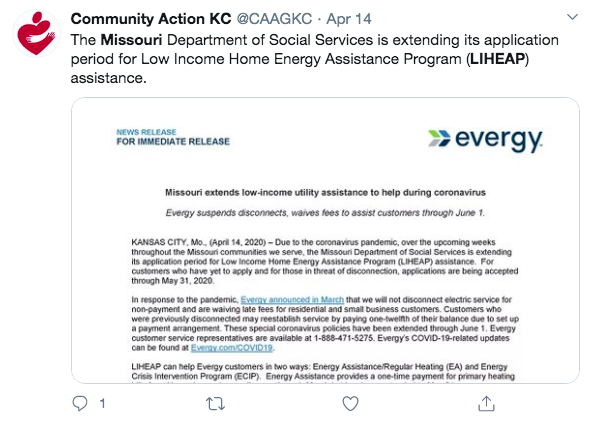 Missouri has extended their LIHEAP application deadline to May 31st.

Conneticut has extended their LIHEAP application deadline to June 1st. 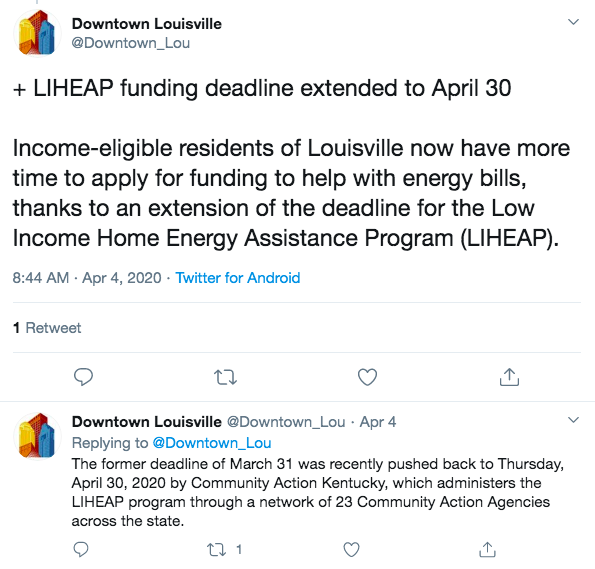 Kentucky has extended their LIHEAP application deadline to March 31st.

LIHEAP and the American Recovery Plan

As of March 2021, $4.5 billion of LIHEAP supplemental funding was passed as a part of the American Recovery Plan. This funding is in addition to the funds already appropriated for LIHEAP for FY21. These funds will be available through September 30th, 2022. They have yet to be released. It is likely that the deadline for LIHEAP applications will be extended further in PA. LIHEAP was set to close April 9th, 2021, and was extended to April 30th 2021. With the new anticipated funding, LIHEAP may be extended further:

DHS will announce the schedule for the current LIHEAP year in the State
Plan for that year.
(b) DHS may extend or shorten the closing date of the Cash or Crisis
components, depending upon the availability of Federal funds and other factors.

Under the CARES Act, "States may use LIHEAP funds for a variety of purposes, including heating and cooling costs, crisis assistance, weatherization assistance, and services to reduce the need for energy assistance. LIHEAP grantees also have significant flexibilities in terms of shifting operations to address recipient needs in the wake of the COVID-19 pandemic. Each grantee has the authority to adjust policies and procedures to allow for remote application intake and processing, and to shift eligibility and documentation requirements as long as they do not exceed the federal statute limitations (150 percent of the federal poverty guideline, or 60 percent of the state median income)."

Under the HEROES Act, the second economic stimulas package that has been passed by the U.S. House of Representatives, would have the following provisions that change the administration of LIHEAP:

In response to COVID-19 and through supplemental LIHEAP funds, Pennsylvania created a LIHEAP Recovery Crisis Program which accepted applications from May 18th-August 31st 2020. The program included two components: